After “Dogecoin”, “Shiba Inu” comes out

Shiba Inu is actually one of the most popular dog breeds in Japan. In fact, because of its popularity, the visual of this brown haired dog has even been used as a symbol and the name of one of the Cryptocurrencies, which has recently been “hype”!

It is called “hype”, because in a relatively short time, this cryptocurrency has gone up hundreds of percent since its release in 2020.

So, don’t be surprised, if the value of Shiba Inu almost “displaces” Dogecoin’s position in the top 10 Cryptocurrencies with the largest capitalization.

Just like Bitcoin, the figure who made the Shiba Inu still leaves a “riddle”. It is called so, because this cryptocurrency was created by someone using the pseudonym Ryoshi. There is no specific mention of Ryoshi’s reasons for issuing the cryptocurrency. Nor is it explained the number of Shiba Inu possessions he holds. As a result, the true identity of Ryoshi is still a question mark, along with all the mysteries surrounding the publication of Shiba Inu.

However, what is clear, the number of Shiba Inu coins released reaches 1000 trillion! This number is far more than Bitcoin, which only amounts to 21 million coins.

However, like Bitcoin, Shiba Inu does not have any function. He can not be used for transactions or shopping.

He also does not have a clear “underlying asset”. As a result, even in the application, it looks valuable, but in fact it is not worth anything!

If this is the case, is the Shiba Inu worth buying as an investment instrument? In the long term, will it survive, like Bitcoin, Etherium, and the like?

Honestly, I’m quite skeptical of this. The reason? Because the popularity of the Shiba Inu is “seasonal”. Later, if the momentum is lost, then the price can be boncos, and eventually just run out.

In addition, it is very likely that another Shiba Inu will appear. This appearance is not impossible to replace Shiba Inu’s position someday. This can happen not without reason, considering that new coins can be made in very massive quantities.

METAVERSE is booming after Facebook announced it changed its name to META. There are several other companies talking about the metaverse including Microsoft and chipmaker Nvidia.
Metaverse is like a combination of the real and virtual world, the user will be represented by an avatar and can move and interact with other avatars. This virtual world is generally based on blockchain which then forms virtual housing.

“A lot of the metaverse experience will be around the ability to teleport from one experience to another,” said Zuckerberg, founder of Facebook.

As most of the well-known cryptocurrencies looked red in the market on Friday, November 12, 2021, the two metaverse tokens have managed to climb to double-digit gains.

Within a week of Facebook, subsidiary Meta Platforms (NASDAQ: META) announced its name changes, The Sandbox (SAND) and Decentraland (MANA) tokens, both tied to the metaverse, made 210% and 200% gains, respectively.

Decentraland is a virtual reality game, or rather, a virtual life platform powered by cryptocurrency and built on the Ethereum blockchain; after cooling off after its initial spike, it is now trading at $3.27, up 30.38% on the day and 28.20% over the past seven days, according to CoinMarketCap statistics.

In addition to MANA, Sandbox hopes to build a metaverse on the blockchain, which will serve as a community-driven platform for developers to monetize digital goods and gaming experiences. How cryptocurrency works? Currently, Sandbox is changing hands at $2.73, up 17.54% in the last 24 hours and 2.88% over the previous seven days. 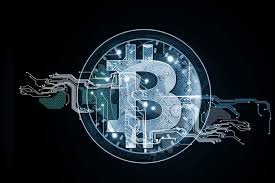 SAND is another virtual environment where users can “create, control, and monetize their game experiences,” according to the developer. It is a virtual metaverse owned by the people who use it and NFT represents ownership of the in-game assets.

Arthur Madrid, CEO of The Sandbox, said that this will expand the company’s reach beyond gaming into areas such as fashion, architecture, virtual concerts and performances, art galleries and museums.

“This investment round led by Softbank Vision Fund 2 will help enhance our growth, operations and player acquisition strategies in The Sandbox ecosystem while delivering a clear statement that the world’s most innovative fund believes in Web3 and decentralization as the next big trend,” said Sebastien Borget, COO and co-founder of The Sandbox as quoted via Bitcoin.com News.

Shiba Inu, the “Doge Killer” Who Will Reach US$1? These are the conditions

The Shiba inu is the self-proclaimed “Doge Killer”, and will it have the same value even over its predecessor?

For those of you who don’t know, the shiba inu is a coin created to rival the fame of Dogecoin, which had soared in price due to Elon Musk’s tweet earlier this year.

So what are the long-term prospects for shiba coins?

According to Christopher Tahir, who was quoted from a cash investment website, the market capitalization of Shiba coins occurred because it was fried by the news that the price of Shiba Coins would be better than Doge coins. For now, Christopher suggests that if you want to invest in Shiba assets, it is better to wait for the SHIB Decentralized Finance (DeFi) project to be completed first. This will make demand higher so that prices can be raised. Coupled with the legalization of payments using Shiba Coins in several countries, it will add value to market behavior.

In addition, according to the Shiba Coin Official Twitter, another project that is being implemented to increase the value of Shiba Koin is coin reduction or coin burn in collaboration with Steven Cooper so that the amount of circulating supply can be reduced and encourage price increases. According to CoinMarketCap the total Shiba coin supply is 589,738,956,207,004 with a total coin circulation of 549,095.51B SHIB.

If the conditions (coin burn) are met, the DeFi Project can run, and legal payments using Shiba Coins can continue to expand, then the dream of US$1 Shiba Coins can be achieved.

How to Renew Your Driver’s License Online